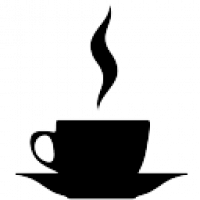 During a long day spent roaming the forest in search of edible grains and herbs, the weary divine farmer Shennong accidentally poisoned himself 72 times. But before the poisons could end his life, a leaf drifted into his mouth.He chewed on it and it revived him, and that is how we discovered tea.
Or so an ancient legend goes at least. Tea doesn't actually cure poisonings, but the story of Shennong, the mythical Chinese inventor of agriculture, highlights tea's importance to ancient China. Archaeological evidence suggests tea was first cultivated there as early as 6,000 years ago, or 1,500 years before the pharaohs built the Great Pyramids of Giza.That original Chinese tea plant is the same type that's grown around the world today, yet it was originally consumed very differently. It was eaten as a vegetable or cooked with grain porridge. Tea only shifted from food to drink 1,500 years ago when people realised that a combination of heat and moisture could create a complex and varied taste out of the leafy green. After hundreds of years of variations to the preparation method, standard became to heat tea, pack it into portable cakes, grind it into powder, mix with hot water, and create a beverage called muo cha, or matcha.

Matcha became so popular that a distinct Chinese tea culture emerged. Tea was the subject of books and poetry, the favourite drink of emperors, and a medium for artists. They would draw extravagant pictures in the foam of the tea, very much like the espresso art you might see in coffee shops today. In the 9th century during the Tang Dynasty, a Japanese monk brought the first tea plant to Japan. The Japanese eventually developed their own unique rituals around tea, leading to the creation of the Japanese tea ceremony. And in the 14th century during the Ming Dynasty, the Chinese emperor shifted the standard from tea pressed into cakes to loose leaf tea. At that point, China still held a virtual monopoly on the world's tea trees, making tea one of three essential Chinese export goods, along with porcelain and silk. This gave China a great deal of power and economic influences tea drinking spread around the world. That spread began in earnest around the early 1600s when Dutch traders brought tea to Europe in large quantities. Many credit Queen Catherine of Braganza, a Portuguese noble woman, for making tea popular with the English aristocracy when she married King Charles II in 1661.

At the time, Great Britain was in the midst of expanding its colonial influence and becoming the new dominant world power. And as Great Britain grew, interest in tea spread around the world. By 1700, tea in Europe sold for ten times the price of coffee and the plant was still only grown in China.
The tea trade was so lucrative that the world's fastest sailboat, the clipper ship, was born out of intense competition between Western trading companies. All were racing to bring their tea back to Europe first to maximise their profits. At first, Britain paid for all this Chinese tea with silver. When that proved too expensive, they suggested trading tea for another substance, opium. This triggered a public health problem within China as people became addicted to the drug.

Then in 1839, a Chinese official ordered his men to destroy massive British shipments of opium as a statement against Britain's influence over China. This act triggered the First Opium War between the two nations. Fighting raged up and down the Chinese coast until 1842 when the defeated Qing Dynasty ceded the port of Hong Kong to the British and resumed trading on unfavourable terms. The war weakened China's global standing for over a century. The British East India company also wanted to be able to grow tea themselves and further control the market. So they commissioned botanist Robert Fortune to steal tea from China in a covert operation. He disguised himself and took a perilous journey through China's mountainous tea regions, eventually smuggling tea trees and experienced tea workers into Darjeeling, India.

From there, the plant spread further still, helping drive tea's rapid growth as an everyday commodity.Today, tea is the second most consumed beverage in the world after water, and from sugary Turkish Rize tea, to salty Tibetan butter tea, there are almost as many ways of preparing the beverages there are cultures on the globe.